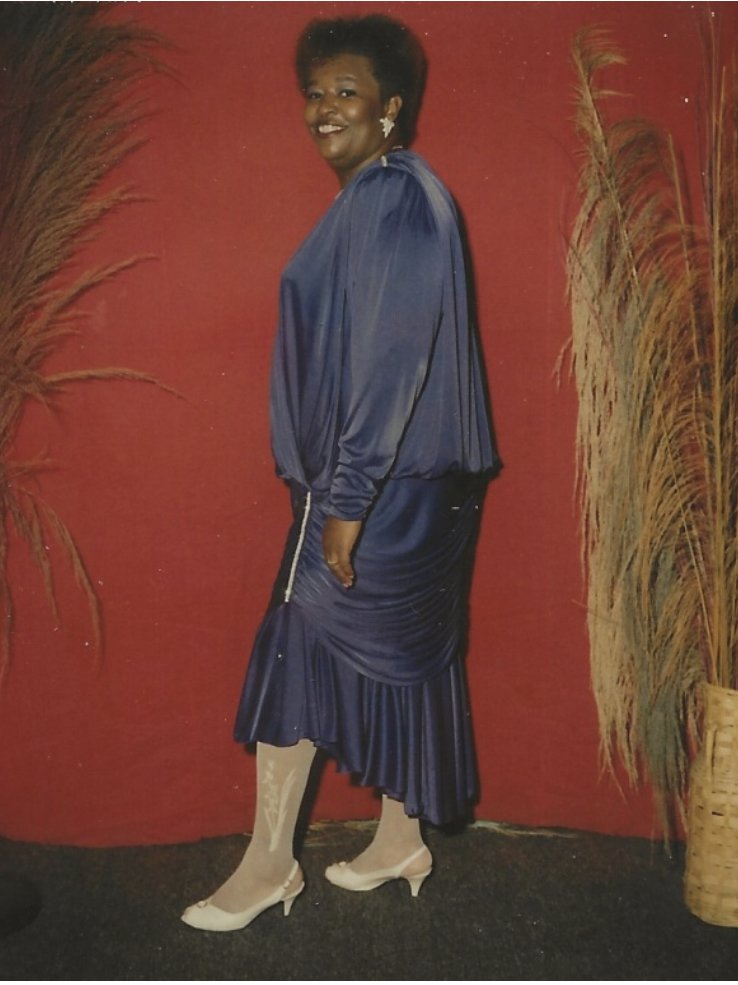 Please share a memory of Juanita to include in a keepsake book for family and friends.
View Tribute Book

Juanita Mosley Edmonds, 74, received her angel wings early the morning of January 19, 2021.  She now dances with the Angels of Heaven.  Juanita, also known as Nita to her family and friends, was born on May 7, 1946, to Stephen and Rosa Mosley in Buckingham, Virginia, and was the 5th child of 12 children.

She was educated in Buckingham County Schools, and went on to receive her GED.  Juanita and James Lee Kyle married in 1961 and their union born four children Marie, France, Janet and Tonia Kyle.  They divorce and Juanita moved to Washington, DC to raise her family.  She later married Robert Edmonds.   During the early 1980’s Nita became a Press Operator for the Washington Post News Paper.  Her work performance earned her recognition and awards.  She was recognized in Shop Talk (company news letter) and, “Working Women”, discussing problems facing blue collar women.  In 1983 she appeared on Panorama WTTG Metromedia 5 to talk about her job as a press operator.  She flew to Chicago, and appeared on the Phil Donahue TV Talk Show to talking about blue collar Women in the work force during the mid 1980s.

She joined St. Joy Church as a child. Later she moved to Roxboro, NC and joined Kingdom Community International and became a deaconess and proudly serviced for God.  She loved fishing all the time, and she was an excellent fisher.   She loved to cook and if you had theopportunity to eat one of her meals you know she could throw down in the kitchen.  She loved to play cards and bid whisk was the game.  Her infectious smile and boldness will be greatly missed.    Whenever she and her daughters were all under one roof they enjoying singing gospel songs together since they were children.

Juanita loved her daughters, Mattie Kyle (Nathaniel) Frances Jones (Kenneth) and Janet Bates.  She loved her Grandchildren, Antwan, Vernon, Kaleef, Kenneth, LaKendra, Brandon, Jeria,Keyana, Marcus, Lawrence and Kenyada.  And, 24 Great Grandchildren, and a host of nieces and nephews, family and friends.  She loved having an annual family cookout in celebration of her birthday so she could have fun with all her family and friends.

Look inside to read what others have shared
Family and friends are coming together online to create a special keepsake. Every memory left on the online obituary will be automatically included in this book.
View Tribute Book
Share Your Memory of
Juanita
Upload Your Memory View All Memories
Be the first to upload a memory!
Share A Memory
Plant a Tree