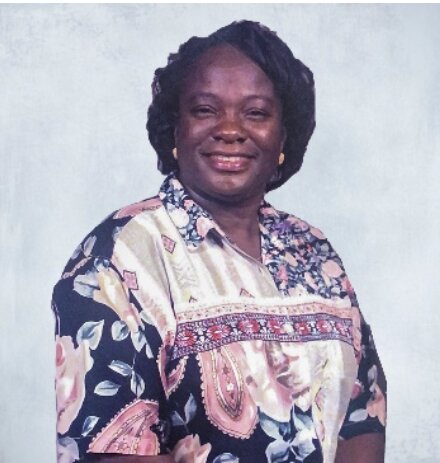 Please share a memory of Margaree to include in a keepsake book for family and friends.
View Tribute Book

Margaree Jackson departed this life peacefully on Saturday, October 9, 2021. She was born July 31, 1953 in Amelia, Virginia to the late Louise Jackson Coleman and David Lee Jackson.

She was preceded in death by her brother, David Lee Jackson Jr., grandmother Jenny Bailey Jefferson and grandfather, Haddon Jefferson.

“Touch”, as she was affectionately called by her family and close friends, was known for her radiant smile and sweet spirit. She was always willing to lend a hand in any way she could. She enjoyed gardening and spending time with family. She will be greatly missed by all her family and friends.

Look inside to read what others have shared
Family and friends are coming together online to create a special keepsake. Every memory left on the online obituary will be automatically included in this book.
View Tribute Book
Share Your Memory of
Margaree
Upload Your Memory View All Memories
Be the first to upload a memory!
Share A Memory
Plant a Tree