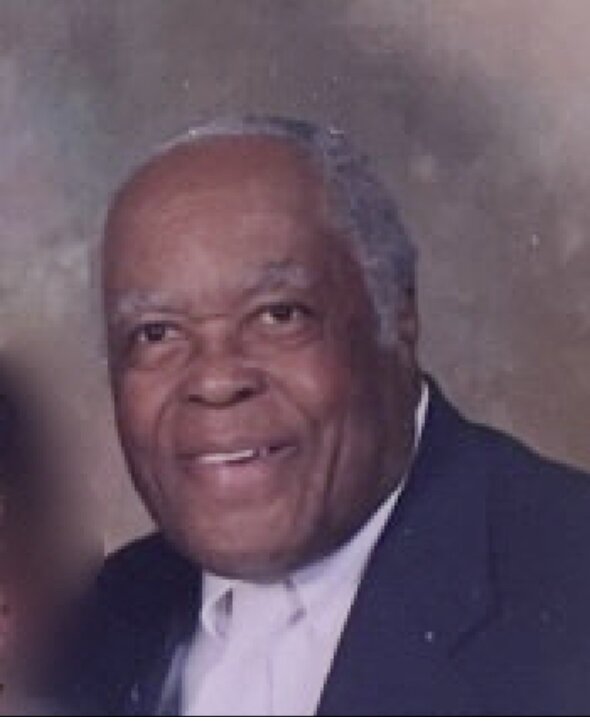 Please share a memory of Silas to include in a keepsake book for family and friends.
View Tribute Book

(Deacon) Silas Ernest Wakefield Gillespie, Jr. was born October 6, 1930, in Columbus, Ohio to the late Silas, Sr. and Lena Canty Gillespie.  Tragically, Mother Lena was called to be with the Lord leaving behind four children ages 11 months to seven years, Silas, Jr., the eldest. Silas, Sr. relocated his family to Sumter, South Carolina to enlist family members to help raise his children.  A few years later the family relocated to Brooklyn, New York.  There he was educated, received his GED, served in the U. S. Army, 82nd Division of the 555 Airborne, fondly called “The Triple Nickle’s”, the first black paratroopers in the U. S. Army. Silas was proud to be a member of that elite group.  After the U.S. Army, Silas, on a G.I. Bill, completed two years of college and became a “master dry cleaner”, spending thirty-six years in the dry-cleaning field operating his own business.  During this time, he met and married Marie Kearney, his beloved wife of sixty-three years.  Upon retiring to Buckingham, he established New Miracle Window Cleaning where he served residential and commercial customers for twenty-two years.  A lifelong devoted Christian servant, Gillespie was an ordained elder in Brooklyn (Siloam Presbyterian Church) and after relocating united with Fork Union Baptist Church, where he was ordained a Deacon in 1998.

He was a substitute teacher and mentor in the local high school during his retirement. During his active years, he established a Christian Chess Club for boys and re-activated a Cub Scout Troop.  His greatest joy was serving communion to the sick and shut-in.  Gillespie loved people and being a Servant of God.

In the favorite words of Silas, “Thank God”, letting others know how much he loved and thanked God.

A Memorial Tree was planted for Silas
We are deeply sorry for your loss ~ the staff at V.Y. Scott Funeral Home
Join in honoring their life - plant a memorial tree
Online Memory & Photo Sharing Event
Online Event
About this Event

Look inside to read what others have shared
Family and friends are coming together online to create a special keepsake. Every memory left on the online obituary will be automatically included in this book.
View Tribute Book
Services for Silas Gillespie Jr
There are no events scheduled. You can still show your support by planting a tree in memory of Silas Gillespie Jr.
Plant a tree in memory of Silas
Share Your Memory of
Silas
Upload Your Memory View All Memories
Be the first to upload a memory!
Share A Memory
Plant a Tree